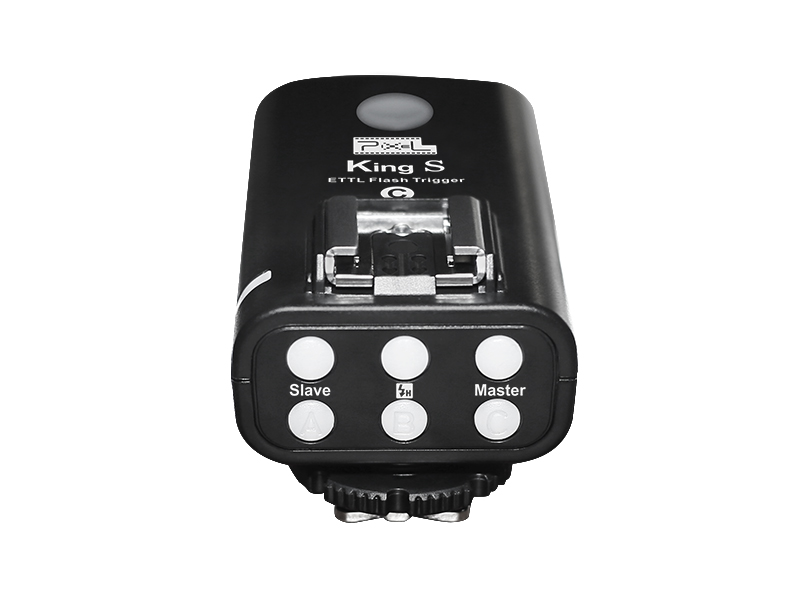 King S is a Transmitter which can control the shooting mode of a flash by camera in a remote distance. With the design of Transmitter and Receiver integrated, flash can be directly controlled by King S without Transmitter on the end of flash, especially when directly controlling the X800PRO flash. If you use the X800 PRO flash, the single King S is enough which can realize the HSS and other flash modes between camera and flash. King S has 3 groups with the group function. When using with the Canon EOS EXII, 600EX-RT or compatible Pixel flash, it can directly control the flash mode and the output power by the setting mode of flash and camera. 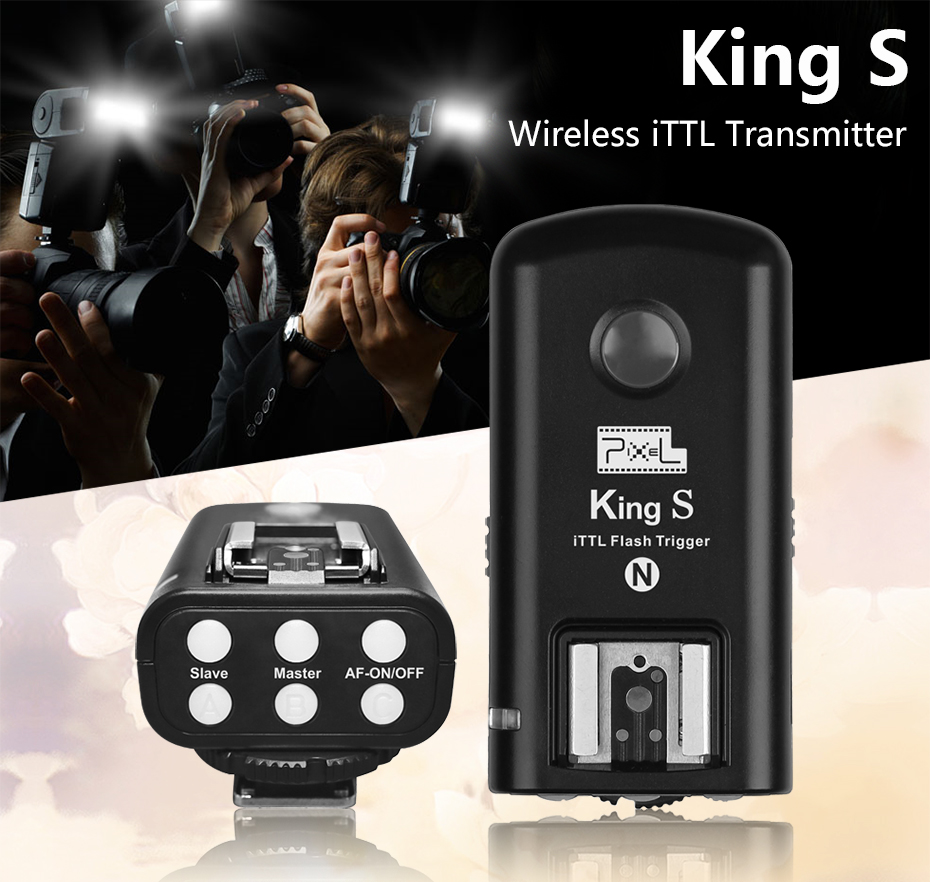 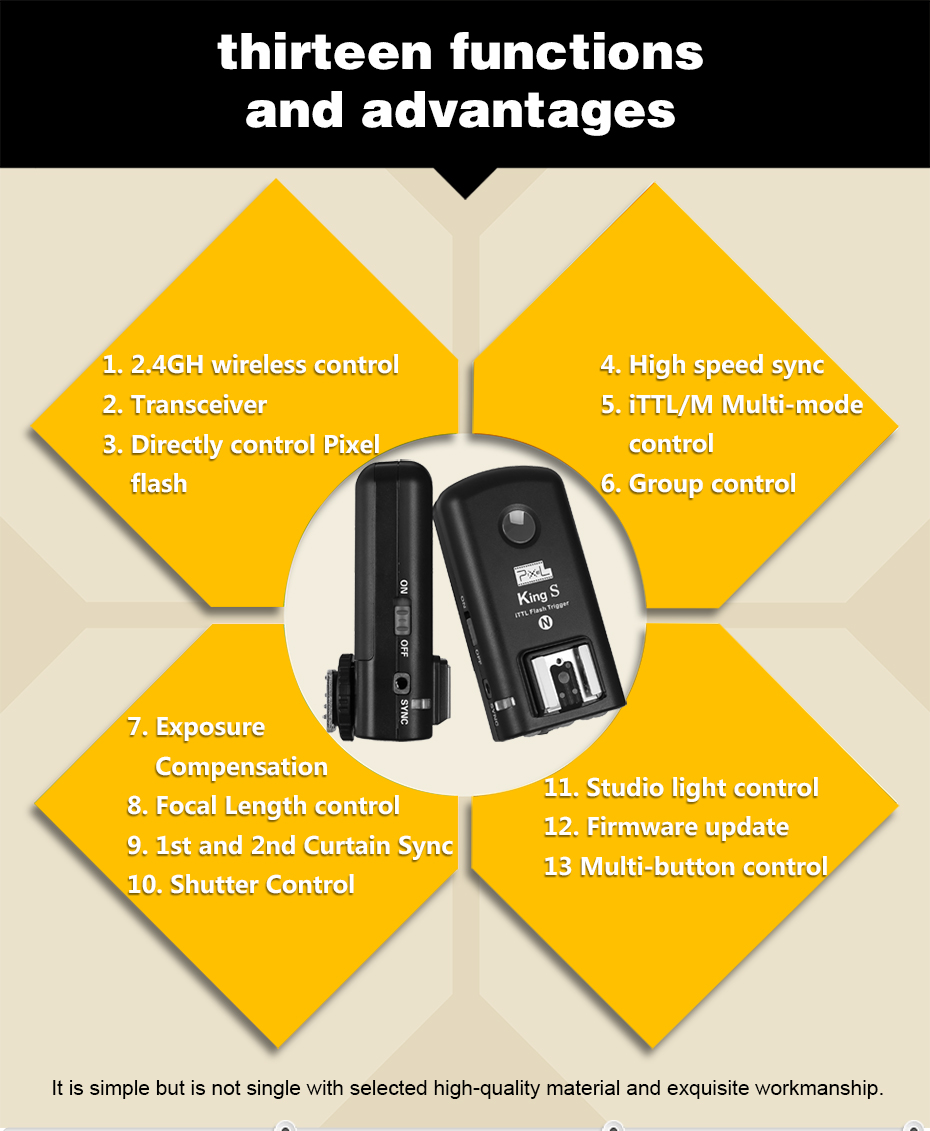 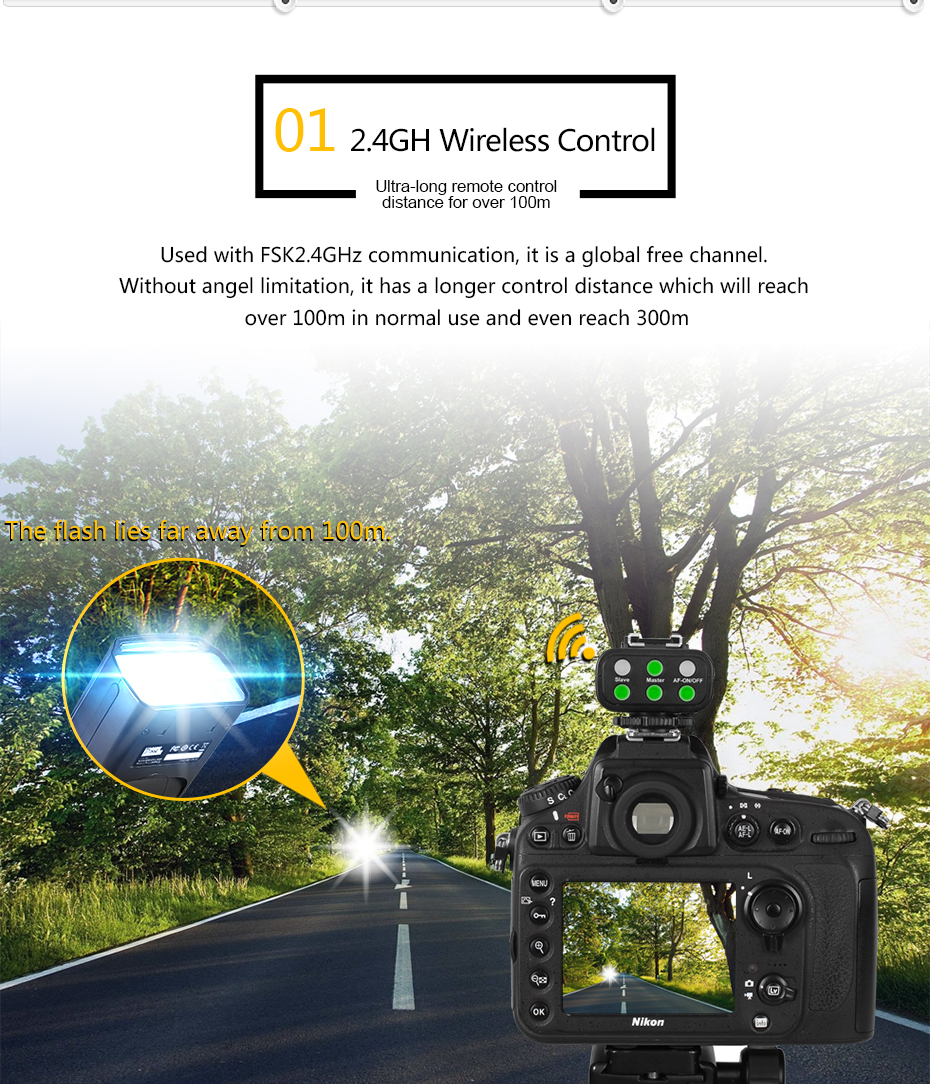 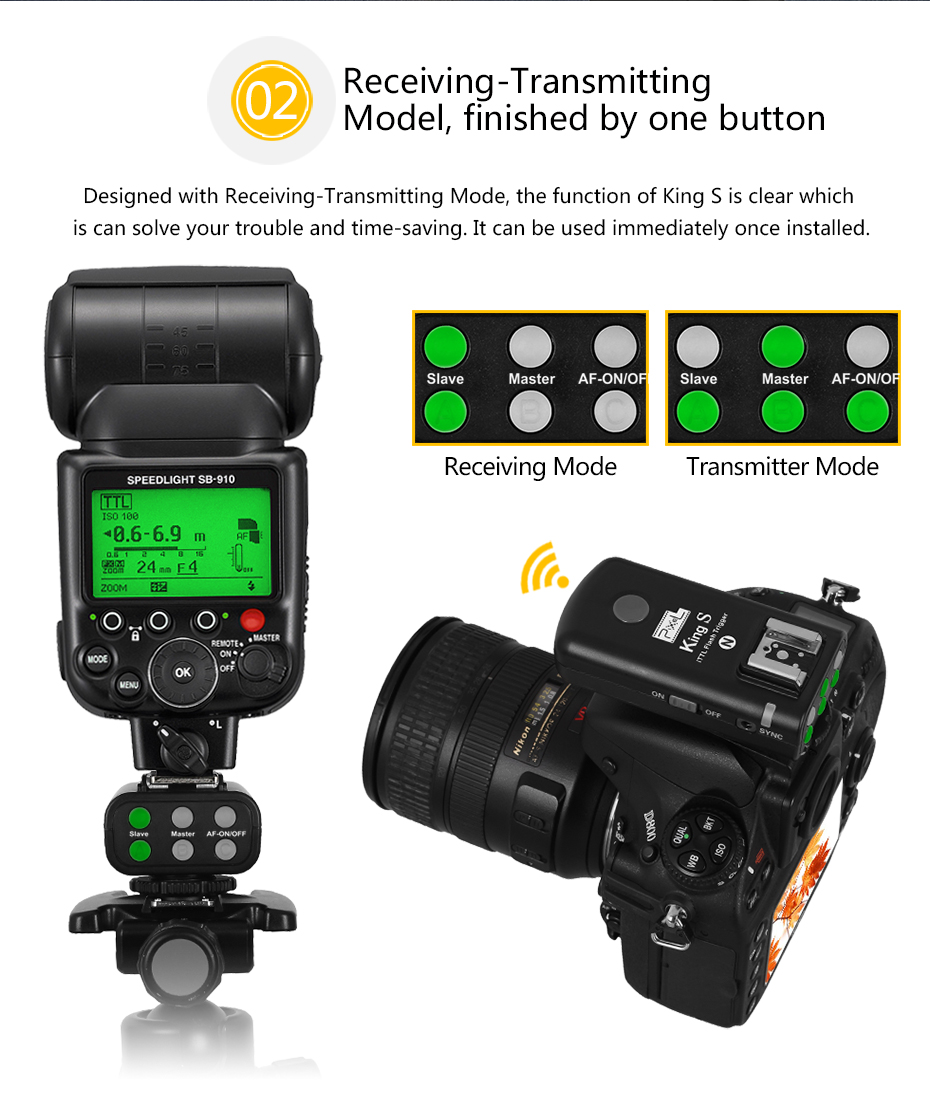 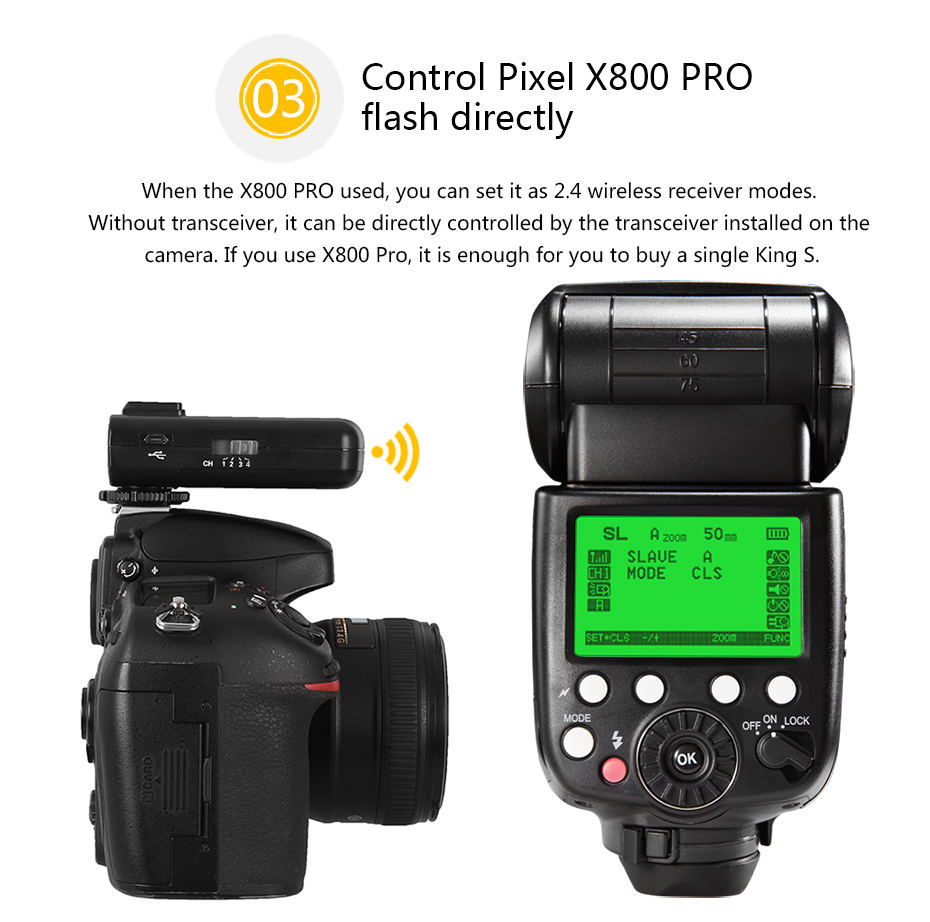 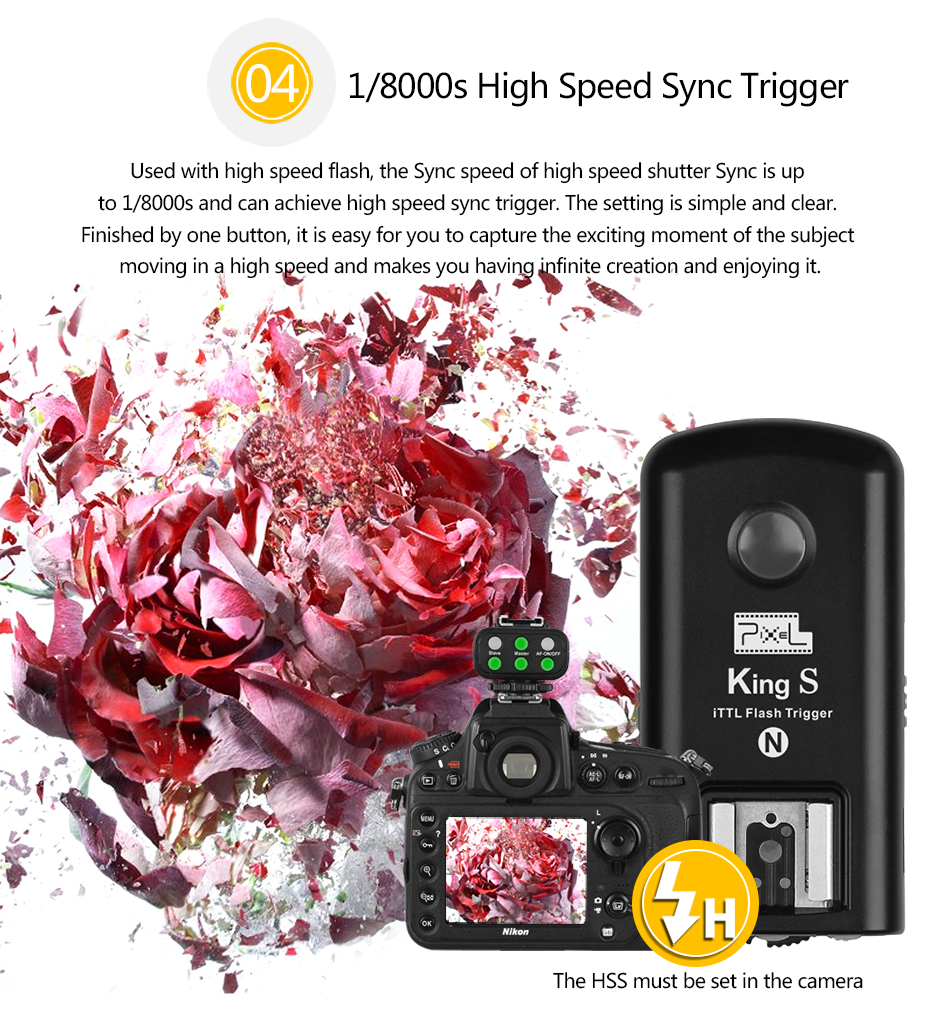 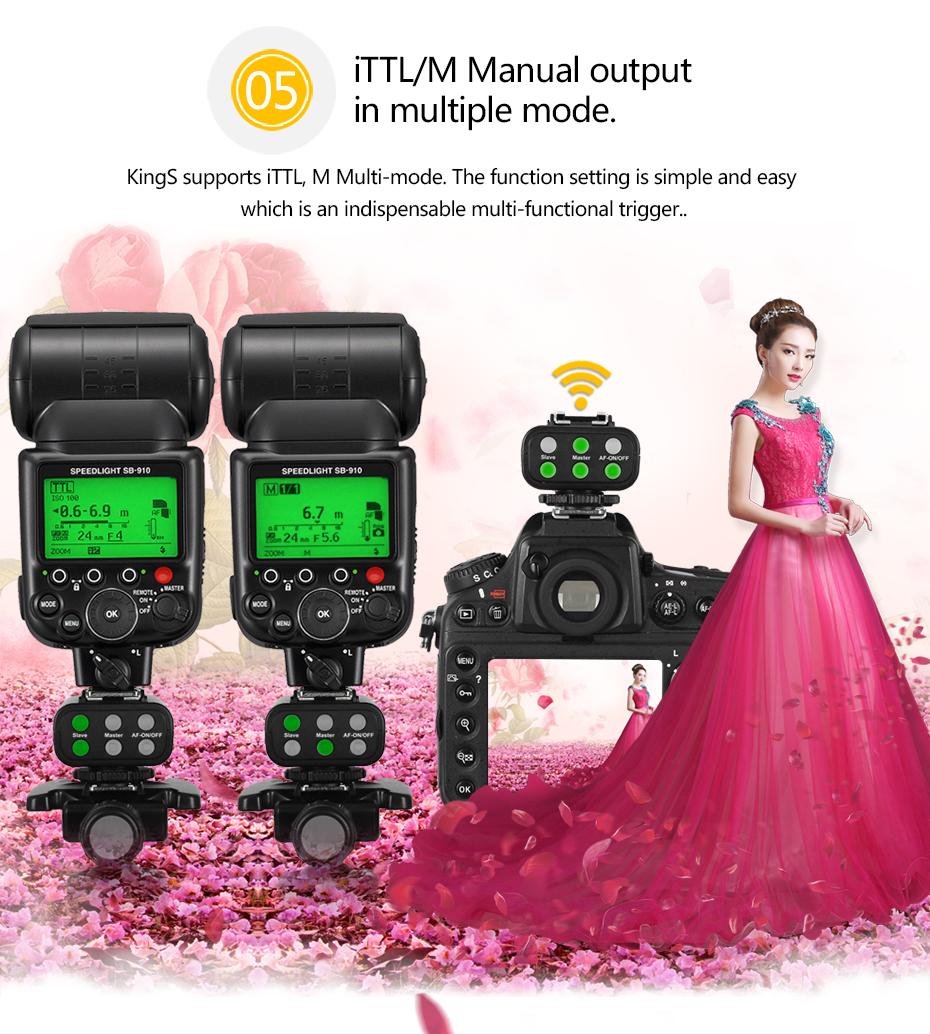 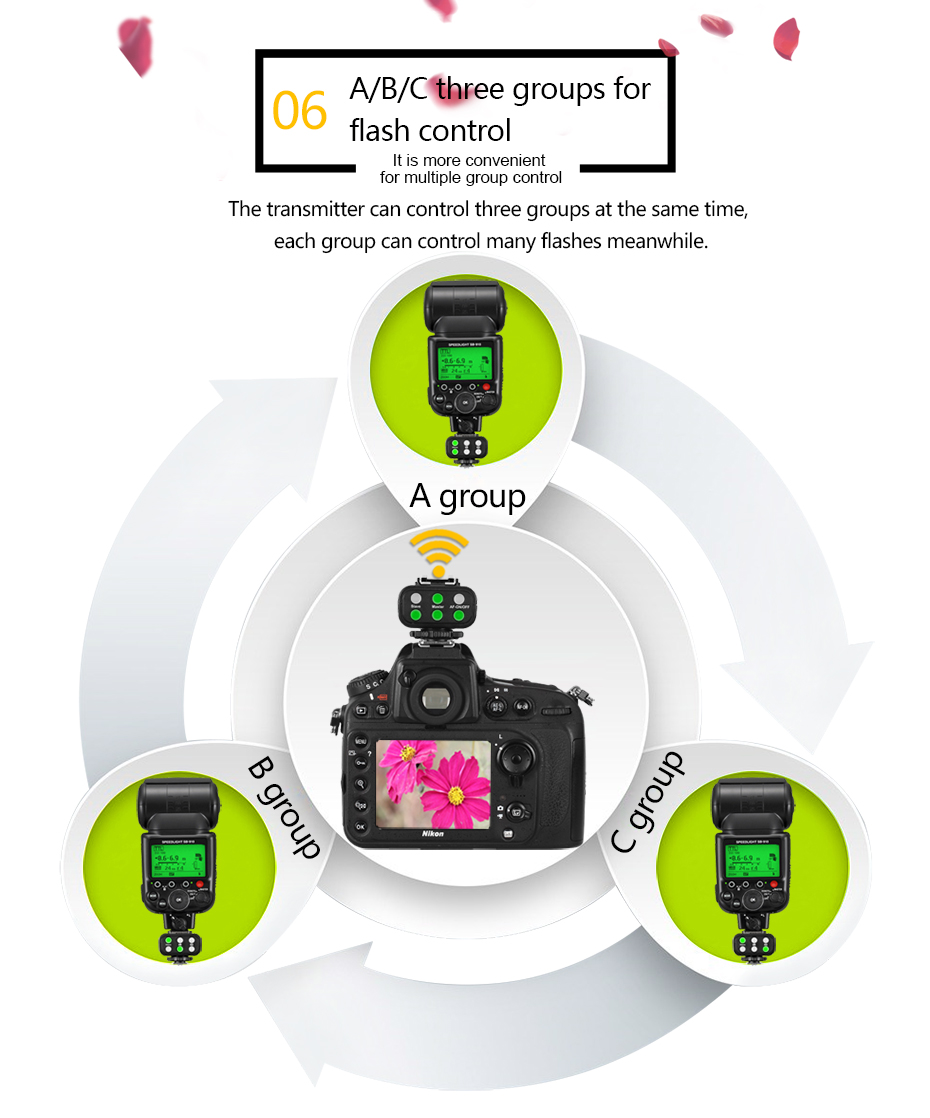 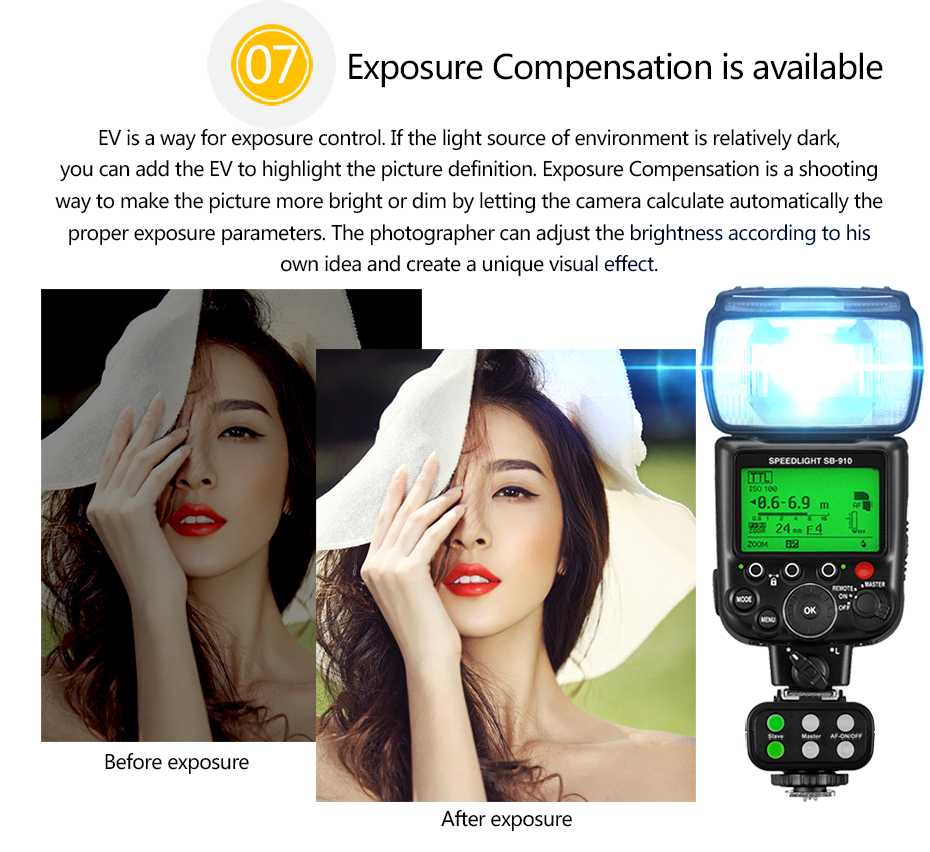 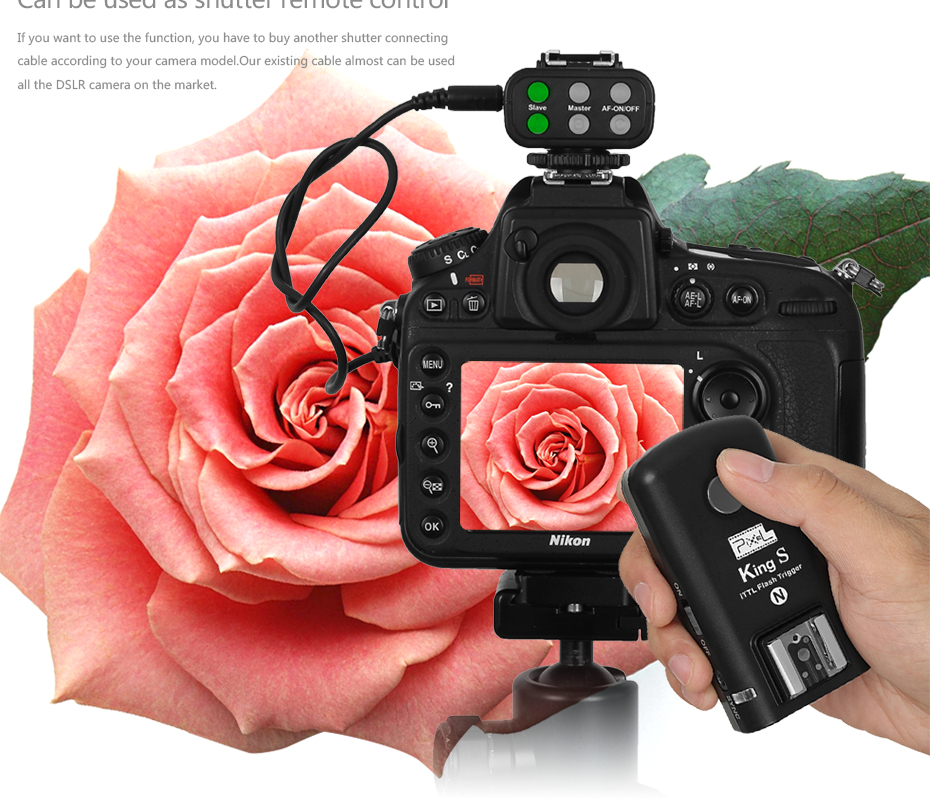 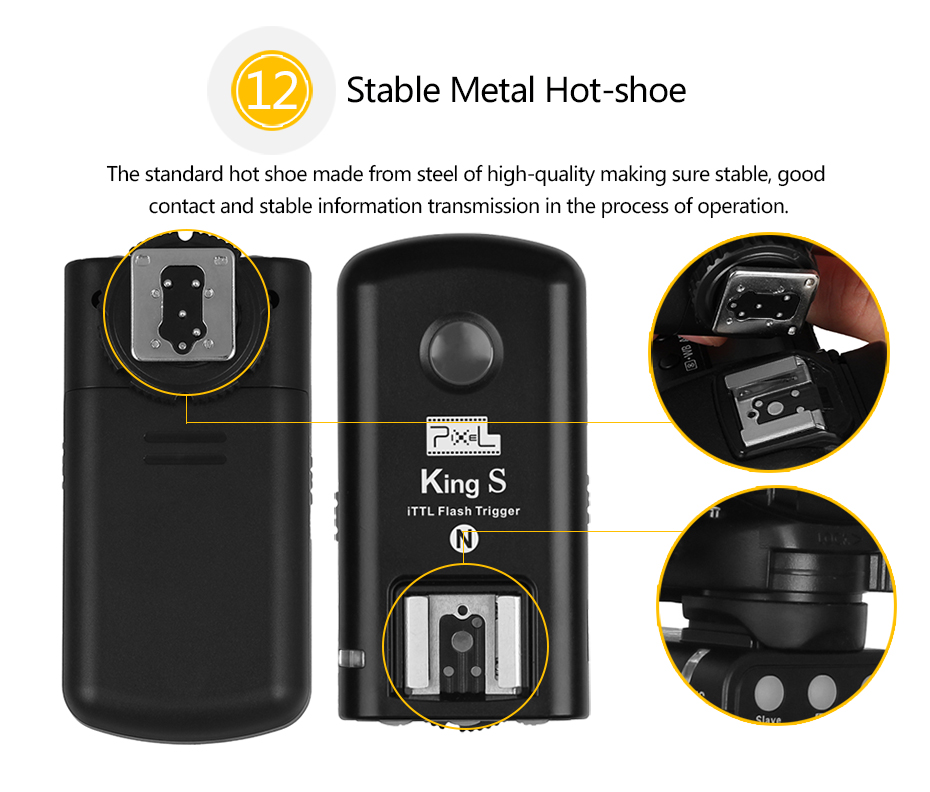 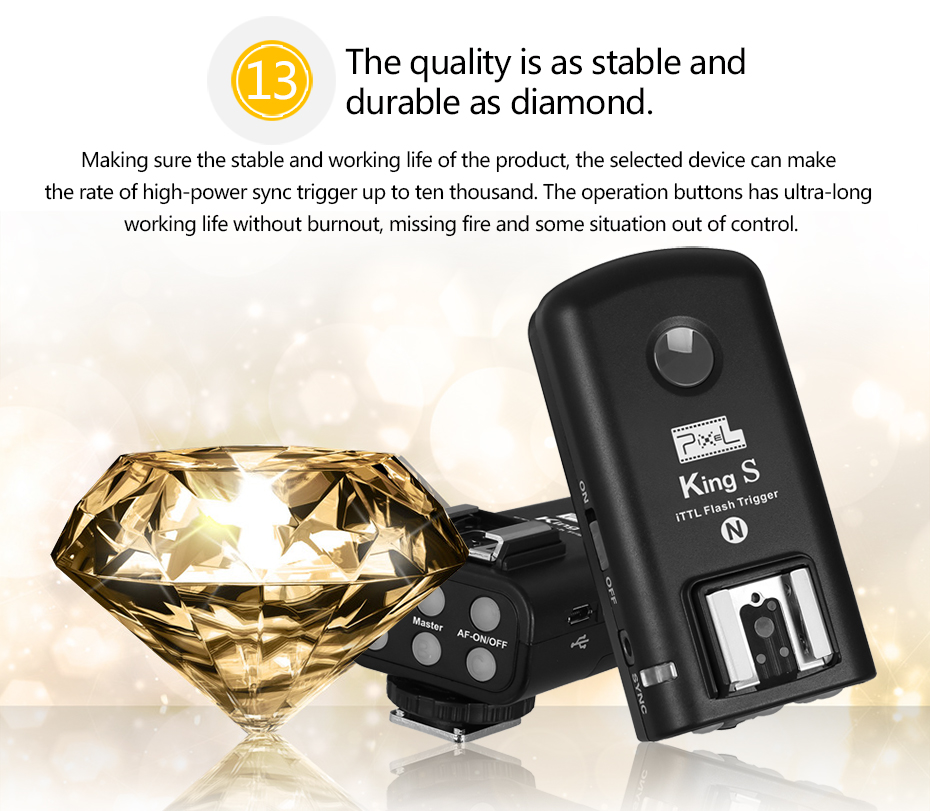 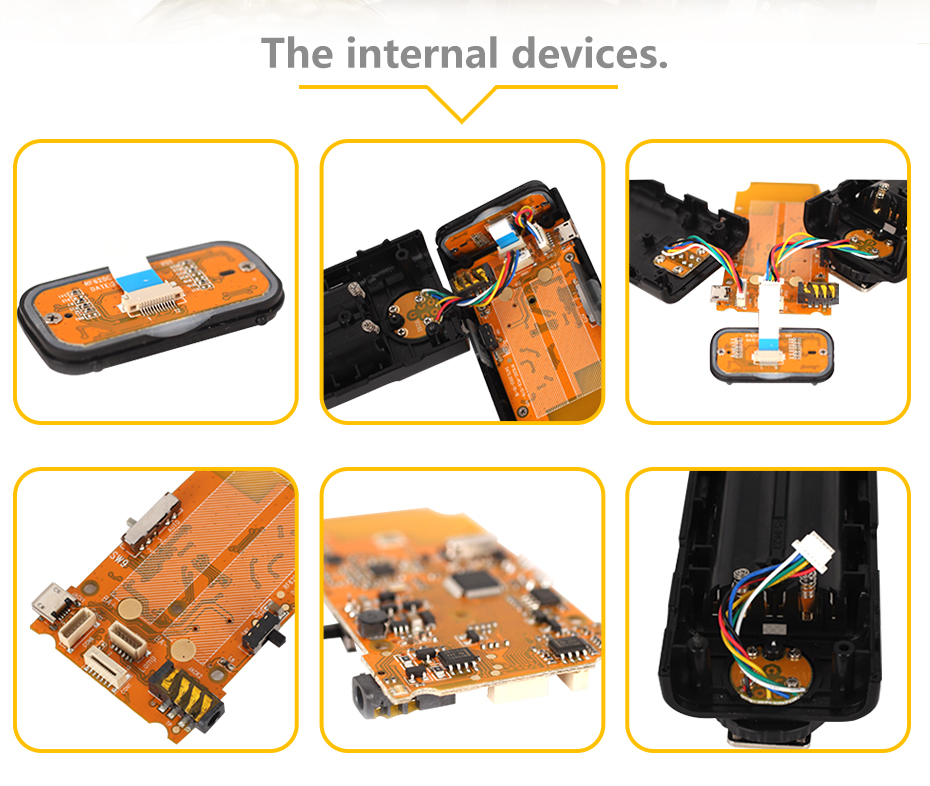